Allowing Americans with claims to sue third-country companies would provide zero benefits to U.S. claimants. But it would do a lot of other things
0
Shares
0
0
0
0 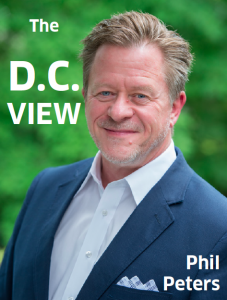 If you think that what U.S. foreign policy needs right now is a new trade dispute with our closest allies, national security advisor John Bolton has got you covered. The trigger, oddly enough, will be U.S. policy toward Cuba.

In a pre-election swing through Miami, Bolton signaled that the Trump Administration wants to raise the pressure on Havana, and the White House is now considering allowing Title III of the 1996 Helms-Burton law to go into effect.

That step would unleash lawsuits in U.S. courts against companies doing business in Cuba – hence the new trade dispute. Title III has never gone into effect because ever since it was enacted, Presidents Trump, Obama, Bush, and Clinton suspended it every six months, citing the U.S. national interest.

Title III would allow Americans with claims on expropriated property in Cuba to sue companies whose businesses in Cuba today are connected to those properties. U.S. nationals who hold 5,913 registered claims will be able to sue, as will Cubans who left everything behind to emigrate here.

The real aim of Helms-Burton

Ostensibly, Title III aims to uphold property rights and, as Senator Marco Rubio puts it, to address an “unjust” situation and “punish companies benefiting from use of a property that was never paid for.”

That sounds like a universal moral principle, so it’s fair to ask why it is applied only in Cuba, and why Title III itself provides that claimants’ rights to file property lawsuits evaporates the minute Cuba’s socialist government is gone.

The answer is simple: Helms-Burton is not really about satisfying property claims. Frustrated that Cuba was recovering from the loss of Soviet bloc support, the law’s authors aimed to damage Cuba’s economy at a time when it was “vulnerable to international economic pressure” by making foreign investment prohibitively risky. To that end, lawsuits and property claims are just a convenient tool.

What would the impact be?

It is impossible to estimate how many lawsuits would be filed by the two sets of plaintiffs. One limiting factor is that Title III itself bars Cuban Americans from filing lawsuits over their former homes. Another is that legal costs will deter those with low-value claims from suing. But the number of lawsuits is not really the point – what matters is the cloud of uncertainty that the mere threat of litigation would cast over Cuba’s investment climate for years to come.

U.S. trading partners will rightly object to the extraterritorial application of U.S. sanctions. Many will join Canada, Mexico, and Britain in enacting laws to block their companies from complying with any action resulting from the Helms-Burton law. The EU will surely revive its WTO action against Helms-Burton, which it suspended when the Clinton Administration agreed to limit its implementation. The EU will have one more reason to pursue its effort, prompted by U.S. withdrawal from the Iran nuclear agreement, to create alternative international payments channels that have no connection to the United States banking system.

This new trade dispute will be an obstacle to U.S. efforts to discuss Cuba issues with allies. Cuba’s international victimhood status will be enhanced. It will be harder for the Administration to argue that Cuba can trade globally, without U.S. interference, because interference with investment is the very essence of Title III.

Some claimants might win settlements, but the vast majority will see no return. The normal route for handling claims of U.S. nationals – a negotiation that the Obama Administration began and the Trump Administration plans to continue – would be closed off.

It is doubtful that investors now in Cuba would pull up stakes because most have understood this risk. But interest in new investments in Cuba is likely to diminish – except by the bravest, by those who can be assured of no connection to any property subject to a claim, and by companies that are shady or have no connection to the United States (shell companies, Russians, etc.).

John Bolton will present a Title III action as an extension of the carefully considered Cuba policy that the White House produced last year, but in fact it would radically alter it.

One principle of that policy is not to harm U.S. businesses already operating in Cuba, but that would be vitiated by exposing those companies to new legal risk. For the same reason, many would be deterred from Cuba ventures that would advance another Trump goal: helping the growth of Cuba’s private sector, from small businesses to the private farmers and cooperatives that deliver 70 percent of Cuba’s food production. The Administration can kiss goodbye its goal of enhancing Cuba’s Internet connectivity, unless it finds U.S. companies that can magically install networks that avoid properties subject to claims. That job will belong to China.

Most important, the Trump policy will change from one that limits U.S. commerce with Cuba to one that seeks actively to disrupt Cuba’s economy. That’s a sound policy only if you believe it’s worthy or productive for the United States to worsen the economic conditions in which 11 million of our neighbors live.

To sum up, Helms-Burton lawsuits would clog U.S. courts with litigation over foreign property; provide minimal to zero benefit for U.S. claimants; start a needless conflict with U.S. trading partners; hand Cuba a political victory; and defeat some of President Trump’s own objectives.

President Trump adopted a hardline position on Cuba only four weeks before the 2016 election. Previously, he had explored business opportunities in Cuba and then supported President Obama’s opening to Cuba, saying it was a good idea to try to bring Cuba “into the fold.”

His first instincts were far more sound than the reckless advice John Bolton is preparing to give him.

Phil Peters is president of the Cuba Research Center in Arlington, Va. and a principal in the Focus Cuba business consultancy

The Washington View: An 'immoral deal'? Not for Cuban athletes!

PPolitics
A State Department official says a review of Cuba’s status on the list of countries that harbor terrorists began immediately when President Obama announced his policy changes towards the island more than a month ago.
PPolitics
Often lost in the media coverage surrounding Helms-Burton lawsuits is the fact that Cuba's first wave of nationalizations in the 1960s happened within a legal framework that still holds today.
PPolitics
World Policy Institute Senior Fellow Lissa Weinmann sat down with Kirby Jones to discuss the next steps for the U.S. in advancing its relationship with Cuba. Having traveled regularly to Cuba for the last 40 years, Jones has been described by Newsweek as having “better contacts in Cuba than any other American,” and by The New York Times as the “man to see about business in Cuba.”