One has to be blind not to recognize that this is a landslide victory. But the Cuban system also must accommodate the one-fourth of voters with contrarian or critical views
0
Shares
0
0
0
0 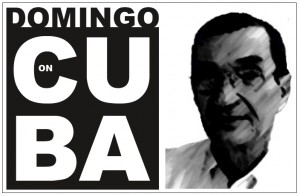 Now that a broad majority of close to three-fourths of Cuban voters approved the new constitution, two issues are arising. One, from a standpoint of citizens’ political rights, authorities cannot ignore any longer an ever-growing (now close to 27%) voter segment leaning towards a contrarian or critical view of the system’s modus operandi. Two, attention is now turning towards the adoption of particular laws that translate the general constitutional outlines into practical policies.

First, a quick look at the numbers provided by the National Electoral Commission.

Some considerations to better understand the results:

Among the leaders quoted by official media reports on the day of the referendum, none boasted about the expected results. With moderation, they talked about how confident they were that the new constitution would be ratified “by the majority” (Homero Acosta, secretary of the Council of State, and one of the architects of the new constitution). Nobody talked about unanimity or overwhelming majorities. Marino Murillo, the vice president in charge of implementing the guidelines of reform, talked about the importance of economic reform and the notion that “a country cannot develop without foreign investment”. Luis Torres Iribar, a lawyer and Party secretary in Havana, emphasized that “after the referendum, the process of writing and editing laws will begin, for the new constitution to take root in the daily lives of Cubans.”

PPolitics
The fact that the U.S. political system is unabashedly ruled by money should not lead us to believe that all political systems are like ours
PPolitics
Partisan resistance will soon fade, but the U.S. voices who really know Cuba could be shouted down by those of the 'from-a-distance school of studies', who have not set foot in Cuba for decades
PPolitics
Is this deal really worth scuttling because Cuban baseball will get money for equipment and training, and some may spill into other sports budgets or Cuban general revenues? Why rebuff Cuban moves to allow world-class athletes to travel and compete abroad and earn market-based pay?