Analysis: Cuba policy — time to double down for Obama! 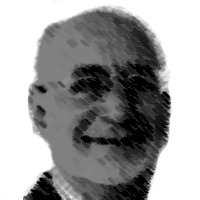 As we approach the first anniversary of D17—December 17, 2014—the date of the dramatic decisions by Presidents Barack Obama and Raúl Castro to normalize diplomatic relations, it is time to take stock. And to consider next steps.

With its D17 executive actions, the Obama administration made it easier for U.S. citizens to travel and to send remittances to Cuba. The result has been an explosion of Americans in Havana. We don’t yet have good numbers on financial donations, but the visible boom in home remodeling in Cuban cities suggests a widening funnel of funds transfers.

The increase in people-to-people visits exposes Cubans to middle-class lifestyles and to the swagger of American freedoms, not to mention the rhythms of pop-star Rihanna. And U.S. travelers bolster the emerging Cuban private sector and middle classes by eating at their new restaurants and staying at their B&Bs.

Over time, these personal contacts and commercial transfers are likely to promote economic and political pluralism on the island nation. At least that is Obama’s long-term bet.

But other offers placed on the table by the Obama administration have not yet been acted upon by Cuba. The administration offered to allow U.S. telecommunications firms to pull Cuba into the information age. But the Cuban government fears placing its telecom and internet security in the hands of U.S. companies.

The U.S. also offered to open a big hole in U.S. economic sanctions by allowing U.S. firms to buy and sell with the emerging private sector in Cuba. But Cuban state monopolies control international commerce and U.S. firms are generally barred from transactions with state-owned companies.

To strengthen the pro-reform elements—the strategic goal of U.S. policy—the U.S. government needs to issue clarifying regulations permitting engagement with Cuban state intermediaries. And it needs to clarify the mechanisms for certifying that end users are indeed private entrepreneurs.

Should Obama go further in his last year in office to cement his Cuba legacy? The President has already taken political heat for normalizing diplomatic relations, and public opinion polls show rapidly expanding support for unwinding this remaining vestige of the Cold War. At this point, there seems little to lose and potentially much to gain, by plowing ahead with the engagement strategy.

Here are some additional steps that the executive branch can legally take—without new Congressional authority—to open Cuba to international commerce:

For these new measures to work, the administration would need to issue regulations that satisfy the general counsels of U.S. corporations. It would also have to beef up its internal capacity to provide guidance to U.S. firms, to assist in their navigation of these legal and bureaucratic thickets.

The U.S. government would also have to work harder to engage with Cuban officials to develop the administrative procedures required to facilitate authorized commerce. The ball would then be in the Cuban court.

By doubling down on its investment in Cuba policy, the Obama administration could cement its policy gains and deepen the domestic business constituency for its engagement strategy. It might also strengthen the pro-reform factions inside both the Cuban government and civil society. Regardless of the outcome of the November 2016 presidential elections, Obama’s Cuba legacy would be more secure.

Richard E. Feinberg is professor of international political economy at UC San Diego and Senior Fellow (non-resident) at the Brookings Institution. He is currently completing a book on the new Cuban economy. This article first appeared in the Latin America Goes Global blog.

PPolitics
The event at Dalhousie University also features the first report by a Canadian panel on the diplomatic ailment mystery
PPolitics
Managing the agenda of normalization talks, the bilateral committee met for the second time
PPolitics
Often lost in the media coverage surrounding Helms-Burton lawsuits is the fact that Cuba's first wave of nationalizations in the 1960s happened within a legal framework that still holds today.