CUBA STANDARD — $3.6 billion worth of funding for 16 construction projects in Cuba and five other countries in Latin America has been frozen by Brazil’s development bank while investigating whether the projects have been compromised by corruption linked to the lava jato scandal, a consortium of Latin American newspapers reported.

All projects will be renegotiated, with participation of Brazil’s foreign ministry, according to the Grupo de Diarios América.

The only project apparently affected by the freezing of funds by development bank BNDES is the buildout of the first phase of the Mariel Special Development Zone by a subsidiary of Grupo Odebrecht.

Odebrecht has used $832 million in BNDES loans for the construction of the Port of Mariel and the Mariel Zone.

Mariel Zone officials did not respond to questions by Cuba Standard. While Odebrecht has continued to be active in the construction of the vast industrial park, French construction giant Bouygues Batiment has apparently been put in charge of most of the project.

Odebrecht’s operations in Cuba have already languished since a Brazilian court in March sentenced Marcelo Odebrecht — the grandson of company founder Norberto Odebrecht — to 19 years in prison for corruption, money laundering and racketeering in connection with business his company did with state oil company Petrobras.

Cuba was the fourth largest beneficiary of BNDES export guarantee programs from 2006-2013, with six programs for a total of $832 million.

Former President Inácio Lula da Silva visited Cuba three times since 2010 to lobby on behalf of Odebrecht, according to the indictment. The document says that the ex-president met with Fidel Castro in 2011, in part to convince the retired revolutionary and former mentor to give his placet to ethanol production in Cuba. Also, in 2013, Odebrecht obtained loan guarantee programs for the renovation of the airports in Havana and Santiago de Cuba shortly after another visit to Cuba by Lula, the indictment says.

However, the airport projects never materialized. Instead, Cuban authorities in August began exclusive negotations with a French consortium to expand the Havana airport. Odebrecht continues to operate the 5 de Septiembre sugarmill in Cienfuegos province, but without ethanol production.

At Mariel, following the construction of the container port, which was backed with $682 million in BNDES loan guarantees, Odebrecht was expected to build much of the infrastructure of the Mariel Special Development Zone. Beyond anothe $290 million in BNDES funds for the construction of a railroad and a highway connector at Mariel, however, the administration of Dilma Rousseff blocked any additional loans, insisting on sovereign guarantees by Cuba.

To obtain these guarantees, Odebrecht in 2014 suggested the purchase of naphtha, produced at the Venezuelan-Cuban joint venture refinery in Cienfuegos, by its Braskem chemical subsidiary. Lula, according to Brazilian diplomatic communications cited by the indictment, offered to intervene with Raúl Castro and Rousseff regarding the Odebrecht proposal.

Apparently, neither the naphtha purchases nor any new BNDES loan guarantees materialized.

Meanwhile, the railroad connector and the North-South road at Mariel are completed. Construction of the East-West axis started at the beginning of this year, and eleven lots of investors should be near completion now.

Quoted by official daily Granma early this year, Mariel Zone CEO Ana Teresa Igarza mentioned Odebrecht only as a tenant of the zone and as offering construction services to companies settling at Mariel. At the same time, she said the Zone administrators contracted French construction company Bouygues Bâtiment SA for “general detailed planning” of Sector A, the first area of the Mariel Zone closest to the container port. 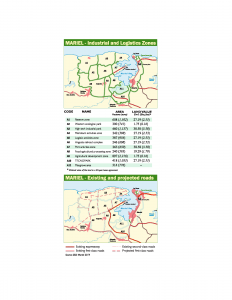 Administrators were also “thinking about expanding to two more sectors,” Igarza said at the time.

As part of the continued expansion, Mariel Zone administrators said they are planning to outsource some of the development.

“We’re interested in attracting international developers that would operate in the Zone under administrative concession to develop and manage certain areas,” Igarza said. “This modality requires a presentation by the investor and a business plan that includes their development and growth projection, the industries that will be established in these areas, and target companies.”

Analysis: Tourism policies that would help both the U.S. and Cuba

CCompanies
CUBA STANDARD — The Central Bank authorized a financial joint venture involving Spain’s Banco Sabadell to grant hard-currency…
CCompanies
CUBA STANDARD — Underlining how Cuba has ended quasi-monopolies in its deals with foreign investors, the spirits division…
CCompanies
Trying to bring some of Europe's larger corporations to the table, a Paris-based consultant is planning to launch a Cuba business association with an Oct. 4 event in Marseille