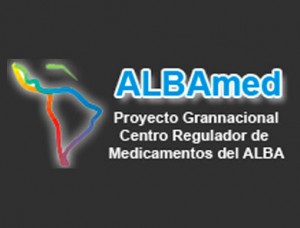 In 2011, for instance, Ecuadorean President Rafael Correa pledged his country would buy up to $1.5 billion worth of Cuban-made medical drugs and vaccines that year. The pledge came after the Ecuadorean health minister toured Laboratorios Novatec and Laboratorios Farmacéuticos AICA in Havana; Novatec produces, among others, generic versions of Aspirin and Tamiflu, and AICA makes medical supplies such as vials and aerosols. However, arguing that Cuban products were not registered in their country, Ecuadorean critics were apparently able to significantly reduce these purchases; Correa publicly complained about “sabotage” in his own health ministry.

A regional approval process for pharmaceutical products and a central registry will likely lower such hurdles for Cuban exports.

Cuban pharmaceutical exports are closing in on $500 million per year, and state holding BioFarmaCuba plans to double exports to more than $1 billion per year within five years.

Cuba’s pharmaceutical industry stands to gain, as Cuban institutions and officials will likely control much of the regulatory process. The ALBAmed launch during the 12th ALBA summit in Guayaquil, Ecuador did not include an announcement where the Centro Regulador de Medicamentos del ALBA and the Registro Grannacional de los Medicamentos ALBA will be based. Cuba, the ALBA member nation with most pharmaceutical and medical know-how, coordinated the four-year long discussion process leading to the creation of the institutions; Cuba’s regulatory body for medicine, CECMED, has received high ratings from the World Health Organization.

According to the Nicaraguan health ministry, the next ALBA project will be the creation of ALBAfarma, a central purchasing, storage and distribution entity for pharmaceutical and medical goods for Cuba, Venezuela, Ecuador, Bolivia and Nicaragua. Cuba would also be a top candidate to host ALBAfarma; as the coordinator of medical programs funded by Venezuela, the Cuban government has gained experience with massive medical purchases in third countries.

ALBAmed, according to the Nicaraguan health ministry, also aspires to establish an alliance with other developing nations that produce drugs and medical goods.

The ALBAmed project was launched in 2009. ALBAmed is funded by the Banco del ALBA and designed to provide access to basic medicine for everyone, “with quality, security, efficiency, and at the best prices for ALBA countries,” according to the official ALBA Website. ALBAmed has compiled a provisional list of 489 essential medical products related to treatment of the most widespread diseases, such as AIDS, tuberculosis and malaria.

ALBAmed will now determine the needs of each participating country, and which products will be included. The regulatory institution will be operational in the first quarter of 2014.

TTop Stories
China could play a very important and strategic future role in Cuba’s energy sector.  According to a recent Reuters…
TTop Stories
India would like to facilitate construction of an oil refinery in Cuba, Commerce and Industry Minister Jyotiraditya M.…
TTop Stories
CUBA STANDARD — As a second wave of contagion is beginning to flatten, but before reaching the benchmarks set by a…