As his administration has yet to announce the results of its review of U.S. Cuba policy, President Trump issued a statement that seems to describe the Cuban system as “cruel despotism”. Raúl Castro called the statement “contradictory and clumsy”.
0
Shares
0
0
0
0 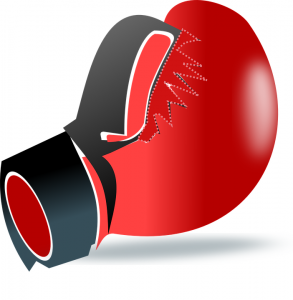 CUBA STANDARD — Ending half a year of rhetorical restraint since the election of Donald J. Trump, Cuba fired back at a White House statement that seems to describe the Cuban political system as “cruel despotism.”

As his administration has yet to announce the results of its “bottom-up review” of U.S. Cuba policy, President Trump issued a statement on May 20, the day exiles celebrate as Cuba’s independence day, that national hero José Martí “reminds us that cruel despotism cannot extinguish the flame of freedom in the hearts of Cubans”.

“The Cuban people deserve a government that peacefully upholds democratic values, economic liberties, religious freedoms and human rights, and my Administration is committed to achieving that vision,” the statement said.

Dropping all the restraint Cuban officials have displayed regarding Trump, Castro said the statement expressed “the contradictory and clumsy pronouncements of the millionaire magnate-turned-president on issues of both foreign and domestic policy.”

On the campaign trail, Trump promised he would roll back President Barack Obama’s executive orders that began normalization with Cuba. The new administratio started a policy review in February, but an announcement did not materialize on indepence day, as hardliners had speculated.

Francisco Palmieri, acting Assistant Secretary in the Bureau of Western Hemisphere Affairs, said earlier this month in Miami that the Trump Administration will “ensure that Cuba makes further substantive progress toward greater respect for human rights,” according to the Miami Herald.

On May 21, Trump told his Saudi hosts during a visit in Ryadh that “we are not here to tell other people how to live, what to do, who to be, or how to worship.”

PPolitics
CUBA STANDARD — As the Biden administration has failed to lift sanctions imposed by the Trump administration that…
PPolitics
Our 'anti–tribune' only emphasizes what is negative, suggesting nothing changes in this world
PPolitics
This article is the first of two on the leading U.S. presidential candidates and their expected Cuba policies