Julia Sagebien: “If as president you want to get a better deal on Cuba, I suggest you just apply the 11 negotiating tactics that inspired your book”
0
Shares
0
0
0
0

Mr. Trump, if as president you want to get a better deal on Cuba, I suggest you just apply the 11 negotiating tactics that inspired your book to the analysis: 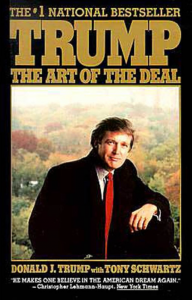 OK – why am I telling you all this… Who am I? I am a Cuban-American exile who can claim as much family hardship from the Castro brother’s regime as any other exile can. I came to this country, went to school on scholarships, worked hard and even became part of “the elite”. And yes, I am a Democrat. And yes, I was with ‘her’. By the way — I already moved to Canada (30 years ago and for personal reasons). But because I have been able to travel to Cuba as a business professor for over two decades, I have seen with my own eyes what works and what doesn’t work.

Sir, you didn’t win Florida or the blue-collar vote or the American heartland or the business vote by promising that you would be tough on Castro. That is not their fight. They want jobs, opportunities…a better future.

Only you, through your executive power, can decide which way this will all go. Stick to the opening and Americans will reap huge rewards. Go back to a useless fight and it will cost both sides a lot, for nothing.

Thank you for your time.

Opinion: Post-Fidel, it's time to build bridges. One of them is called 'the law'

PPolitics
However the Trump administration's gamble turns out in Venezuela, the result for Cuba is clear: Venezuelan economic support is nearing its end
PPolitics
To prevent the return of cowboy capitalism requires access to company information and careful analysis of potential partners
PPolitics
By Domingo Amuchastegui The social outburst of July 11 has prompted the Party/State to undertake economic measures of…