Opinion: Will the ugly American return to Cuba? 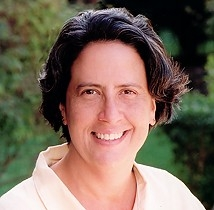 What was unthinkable a year ago, when diplomatic relations between the U.S. and Cuba were re-established, has now become the new normal. American travelers can stay at a Sheraton in Havana and some can even get cash from Cuban ATMs. They can stay in touch with friends and family via a relatively fast Internet connection and soon even mail back postcards. And when they get home, they can regale their loved ones with Cuban rum and cigars and suggest they book their future travel on a number U.S. carriers or cruise lines. The subplot of this rush to travel to Cuba is — better get there before we ruin it.

Though this concern looms large in the psyche of the American people-to-people engagers, the Cubans, so far, seem unfazed. For those living near tourist destinations or providing goods and services to this sector, normalization has been a bonanza. They are making the best of the island’s new popularity while improvising solutions to rising food prices and electricity shortages.

As far as the Revolutionary government is concerned, the Ugly American is not going to reappear on their watch. They resisted U.S. ‘imperialism’ for more than half a century and they are not going to give in now. Moreover, they have the historical advantage of being witness to the ravages of ‘shock therapy’ in the former Soviet Bloc and of unbridled state capitalism in China.

Meantime, back in Washington, pro-embargo members of the House and the pro-engagement members of the Senate are still haggling over the approval of measures that would end the travel ban and further free up commerce between the nations. With the 2016 presidential candidates on record to end the embargo and with broad public support in both countries for complete normalization of relations, these delay tactics are starting to feel like a scorched-earth retreat policy. Perhaps Congressional efforts would be better spent thinking about ways to make this new relationship fruitful, peaceful and long lasting.

One very powerful way to foster a fruitful long-term relationship is to proactively work alongside Cuban authorities to try to prevent the return of the kind of cowboy capitalism that led to radicalization of the anti-Batista forces and the push back against the U.S. This, in turn, requires access to company information and careful analysis of potential partners.

Cuban business due diligence is quite exhaustive. Officials regularly review the business press, financial advisor literature and in-company reports. What is less clear, however, is whether their analysis incorporates corporate responsibility and sustainability indexes and company reports.

While we would expect Cuban managers and state officials to enthusiastically scrutinize the sustainability records of their potential partners given that the right partner could make a significant contribution to national sustainability and the wrong partner will eventually encounter push back from a strong national regulatory framework, this does not appear to always be the case. Why is that?

Trying to fathom the minds of Cuban officials is a fool’s game. But some things are, nevertheless, quite clear. For them, allowing market forces to increasingly shape Cuba Inc. is simply a necessary evil and a means to foster a prosperous and sustainable socialism. Given this perspective, one possible reason for the omission of sustainability rankings analysis in the Cuban due diligence process is the deeply held ideologically suspicion of capitalism and of corporate greenwash.

Another reason is that, ironically, Cuban officials seem to agree with Milton Friedman’s assertion that “the business of business is business” and it is the state’s business to worry about the rest. Unfortunately, since the primary shareholder of a Cuban joint venture partner is no other than the Cuban state itself, it is very hard to determine where ‘the Cuban business’ begins and ‘the City Hall’ ends (and you really can’t fight this City Hall).

The implication for the American business partner is that, on the one hand, it will be expected to comply with Cuban state dictates on social and environmental issues; while on the other hand, it will have to do so without over-stepping its role boundaries and wandering into territory considered the bailiwick of the Cuban state (education, health, community and social services, etc.).

To complicate matters even more, not only will the Cuban government scrutinize every major company move to make sure it ‘fits’ with the overall social and environmental mandates of the socialist state, but back home in the USA, many eyes — from the business press, to the pro embargo forces, to the social/environmental activists in the company’s business sector — will be watching every move. It is going to take a lot of listening and learning combined with out-of-the box thinking. Being an Ugly American is getting harder and harder at home and abroad.

Though corporate responsibility is still a bit of an oxymoron in Cuba, the Realpolitik of the U.S.-Cuba commercial rapprochement, in practical rather than ideological terms, requires that sustainability considerations be factored in every due diligence analysis of a potential American partner.

And when it is time to structure the deal, it is important to realize that off-the-shelf corporate responsibility strategies and programs won’t work, but neither is the hope that the company will be off the hook in this respect. Cuban and American partners will have to co-create new spaces where the ends of both partners (profitability and sustainability) can be met through different means (socialist state policy and corporate responsibility strategy). This will require a mutual learning curve where American managers learn to factor in the priorities of the Cuban national project, while Cuban managers and government officials learn how to leverage corporate sustainability best practices around the world.

There is some evidence to support the notion that Cubans are responding positively to the corporate responsibility/sustainability attributes of potential business partners. For example, their choice of Carnival’s Fathom Adonia (a smallish vessel that targets ‘impact travelers’ interested in volunteerism, culture and social impact) as the first U.S. cruise liner to reach Cuban shores demonstrates that ‘values’ count. Similarly, Unilever’s partnership with Cuba’s Intersuchel has been aligned with the Dutch company’s ‘Sustainable Living Plan’. Hopefully, the kinds of contributions that these companies will make to national sustainability plans will demonstrate that, in some instances, it is not all greenwash and that there is a lot to gain from selecting the right partner.

Although President Obama’s visit categorically improved relations between the U.S. and Cuba, suspicion of U.S. imperialism and of capitalist motives still runs very deep in Cuba (and for good reason, given the history of bilateral relations). No sooner had the president left the island than Cubans were reminded by Fidel Castro and other members of the country’s officialdom to beware of Americans bearing gifts.

But rather than a total rejection of U.S. overtures, this time there was also a call for a finer discernment of what was on offer. As summarized by Juan Triana, an eminent Cuban economist: “It is true that in Obama’s words there was an agenda based on the values of American capitalism, but it will depend on us to know what is useful and what is not. This will be our and no one else’s responsibility.”

Hopefully, the Cuban leaders will consider this call to action and begin demanding full disclosure from their potential American partners on all issues pertaining to the sustainability of their corporate practices. And this conversation must start now, before the Ugly American becomes our Man in Havana, and history repeats itself.

Julia Sagebien, associate professor at Dalhousie University’s Rowe School of Business,   is one of Canada’s foremost experts on Cuba, focusing on the political economy and economic reform. A version of this article was published in the Huffington Post on 07/20/2016

PPolitics
So you have a copy of the title document whereby your aunt Yuya took title to a parcel of land in Cuba back in, say, the 1940s. What does it mean for Aunt Yuya's heirs of recovering title to that property?
PPolitics
Big U.S. developers have visited Cuba and returned with a mostly negative view over investing there. It’s up to them to make that call, but a correct reading of the reality would tell them that Cuba’s institutions are geared differently.
PPolitics
By Domingo Amuchastegui Did Miguel Díaz-Canel travel to Mexico City for the 200th anniversary of Mexico’s independence? To…