World Policy Institute Senior Fellow Lissa Weinmann sat down with Kirby Jones to discuss the next steps for the U.S. in advancing its relationship with Cuba. Having traveled regularly to Cuba for the last 40 years, Jones has been described by Newsweek as having “better contacts in Cuba than any other American,” and by The New York Times as the “man to see about business in Cuba.”
0
Shares
0
0
0
0

Following the re-opening of the U.S. embassy in Havana on August 14, World Policy Institute Senior Fellow Lissa Weinmann sat down with Kirby Jones to discuss the next steps for the U.S. in advancing its relationship with Cuba. Having traveled regularly to Cuba for the last 40 years, Jones has been described by Newsweek as having “better contacts in Cuba than any other American,” and by The New York Times as the “man to see about business in Cuba.” Jones is the president of Alamar Associates, which provides a full range of consulting services to companies and organizations interested in establishing relationships with and conducting business in Cuba.

LW: After working with Cuba for more than 40 years, how did you feel about the U.S. flag being raised over the embassy in Havana today?

KJ: It’s funny, because raising the flag is usually one of the last steps in a process of normalizing relations with a country—we saw that in Vietnam and China where there was a normalization of economic ties and many other steps before the flag was raised. In Cuba’s case, raising the flag is the easy part, but nothing about the U.S. embargo has changed.

LW: It certainly appears as if things are changing.

KJ: There have been major changes in Cuba.  Private enterprise has been greatly expanded. There is a budding middle class, and the ‘daddy’ state has been shattered. But the truth is, although the U.S. has announced all the things we’d like to do, nothing substantive has changed in terms of the embargo. We still have 56 years worth of regulations that keep Americans from pursuing the kind of relationships we are allowed to develop with other countries that are a lot worse than Cuba in many different ways.

People get excited because they can go down and take salsa lessons or visit terrific museums and galleries there. It’s great for Americans, but it actually has little to do with Cuba. We still think we can call the shots down there, but there are people on the other side of the table. To Cubans, a mid-level Brazilian manager is more important than an American CEO because the Brazilian can actually do business, which, for all the hoopla, the Americans still cannot.

It is also true that Cubans aren’t in a hurry. We created a vacuum, and everybody else has stepped in. The U.S. is less important today than we were yesterday when nobody was there. The other heavy-hitters like Brazil are doing business without asking for anything special from the Cubans. And the vast majority of Cubans have lived their entire lives under this embargo. They’ve done it for 56 years. Can they do it another 10? Absolutely. 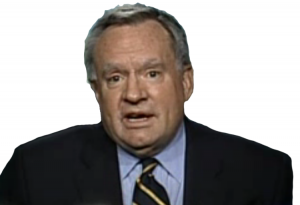 LW: What do you mean there are people at the other side of the table?

KJ: Secretary John Kerry said today that Cuba has to change. But it’s not Cuba that is keeping American companies out. While we say we want to build more telecommunication networks in Cuba, we still maintain an embargo on most of the companies that seek to do that. It’s schizophrenic. We still fund millions of dollars for subversive USAID [United States Agency for International Development] ‘democracy building’ activities aimed at toppling the current government and creating ‘transition’ in Cuba. There is the mindset that we should be able to do whatever we want, just like we’ve done all over Latin America.

We expect the Cubans to change their rules and regulations to suit us, but Cubans are not creating the barriers to engagement. Yes, they have a big bureaucracy, but that doesn’t stop us anywhere else. If companies don’t like the fact that women aren’t allowed to vote in Saudi Arabia, for example, then they may choose not to do business there. Businesses, not the government, should be able to decide whether they want to do business in Cuba or not. If Cuba finds that companies are not investing enough because of their system, maybe the Cubans will decide for themselves to change. Unilever, Nestle, Sherritt, and hundreds of companies have chosen to operate in Cuba. Those who do not want to deal with the Cuban way of doing business have all the freedom not to do business there, just like in any other country.

LW: It seems that many foreign companies are signing deals in anticipation of the day when U.S.-Cuba relations will be fully normalized.

KJ:  The irony is that all these policy talks are stimulating foreign companies to take a greater interest in Cuba, but American companies are still shut out. The whole rest of the world is taking advantage of the ‘opening’ but us.

LW: What are some of the specific obstacles?

KJ: The lack of direct banking is a real killer. Prohibiting private credit has basically killed the agriculture industry. The law may prohibit public credit, but what about a general license that allows using private credit for legal sales of items? President Barack Obama has a wide licensing authority which he has used to allow record numbers of Cuban Americans to travel. With this authority, he could issue a general license for businesses as well to go down and explore all kinds of enterprises. For example, the U.S. basically relies 100 percent on imports of nickel from other countries, while our nearest neighbor Cuba is sitting on over a trillion tons of nickel. With a general license for private companies to access that nickel, American companies could make a fortune from every part of the deal, from equipment to shipping. Similar strategic opportunities exist in energy, agribusiness, and biotechnology as well. Opportunities like these are the big-ticket items a general license would allow companies to explore.

LW: But if President Obama does that, how can companies be sure that the next president with a different point of view won’t rescind such licensing? Wouldn’t the Cubans be wary of entering such partnerships?

KJ: The question is how much toothpaste President Obama can squeeze out of the tube before leaving office. Secretary Kerry says Cuba has to change. It is the same thing that the U.S. has been saying for the last 56 years. The Office of Foreign Assets Control (OFAC) in the Department of Treasury has been saying ‘No’ to companies applying for licenses for all that time. Saying ‘Yes’ requires a change of mindset, which still hasn’t happened.

Once OFAC starts saying ‘Yes,’ companies will start building relationships that will lead to real business partnerships and eventually, to real changes on both sides. U.S. companies interested in Cuba have to go there to explore potential opportunities. When they come back they need to ask for a license that outlines exactly what they want to do there, and OFAC needs to approach these plans with a positive attitude.  Once such relationships begin to happen, it will be easier to get Congress to move, since it becomes harder to tell people they can’t continue what they are doing if the outcome is positive. It’s hard to put the toothpaste back into the tube. But the President and his agencies need to create the conditions for business to grow. That is the only way it will happen.

LW: Don’t you see any positive changes coming in Congress?

KJ:There could be a positive vote on travel, but that won’t change the embargo. What should happen is someone introduces a bill that would sunset the Helms-Burton law and the Cuban Democracy Act so the supporters of these laws will have to argue why they should be maintained, not the other way around. Those laws are awful for our companies, apart from Cuba, because they impact our trademarks and have generally soured our global relations. If there are reasons to continue isolating American business from Cuba, then the opposition to suspending these laws should present those reasons. That would be a good start. Groups like Engage Cuba are doing good work, but I don’t see any real catalyst for change in Congress right now. Companies need to start pushing the administration to do what it can now to get the ball really rolling.

LW: So what do you see happening in the next year?

KJ: I see more of the same things we’ve been seeing since the President announced the policy change eight months ago. We will see the entertainment industry expand, more academic exchanges, more student travel, but I don’t see a lot of concrete movement on business in the near future.

As for now, the U.S. Chamber of Commerce should push harder for a real change. Even when we have evidence like the upcoming U.S. Trade Commission study on all the potentials for U.S.-Cuba trade, we need someone to hammer out the details to make that potential a reality. Without that leadership, we could see the flags flying for another 40 years with little further change. The Cubans are in no hurry. The diplomats will be invited to each other’s functions, which is good. But we’ve got to get our hands dirty and grapple with the details of a dynamic relationship on the ground. It won’t happen by itself.

Lissa Weinmann is a senior fellow at World Policy Institute. The interview was first published on the WPI blog at http://www.worldpolicy.org/blog. γ

PPolitics
Big U.S. developers have visited Cuba and returned with a mostly negative view over investing there. It’s up to them to make that call, but a correct reading of the reality would tell them that Cuba’s institutions are geared differently.
PPolitics
The case was OFAC's first travel-related enforcement action in a decade
PPolitics
Allowing Americans with claims to sue third-country companies would provide zero benefits to U.S. claimants. But it would do a lot of other things