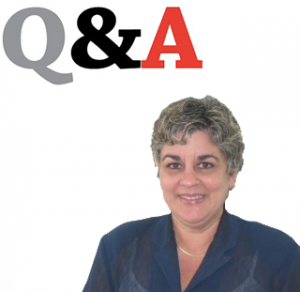 Déborah Rivas Saavedra, general director of investments at the Ministry of Foreign Trade and Investment, sat down with Cuba Standard columnist Domingo Amuchastegui in Havana to talk about the Mariel Special Development Zone, the application process for foreign investors, hiring, and more.

Last year, we were told by Cuban officials that 400 projects have been offered by foreign companies at Mariel. But only 15 have been accepted and are being implemented so far. How do you explain the difference?

DR: The first thing that should be understood is that those 400 or more are not actual projects submitted for approval by Cuban authorities. Most of them have simply been tentative approaches, without specifics or requirements, not even at the level of a letter of intent. Serious investment projects are not an overnight deal. With companies whose visibility and credentials are well established, the process unfolds smoothly, as in the case of Unilever, Odebrecht, or the Belgian companies established at the ZEDM. But other projects require very serious inquiries such as all the technicalities and design, capital funding, banking support, and other credentials. The ZEDM is not a free trade zone or an in-bond area; it’s a productive zone with rigorous Cuban and international standards to be met. Cuba is not interested in just any kind of investment, but in those that can play a key role in Cuba’s development. And in meeting such standards, Cuba generates trust and confidence among its potential partners.

Fifteen projects are already being implemented at Mariel, and by the end of the year new ones will be in place. Some are joint ventures between foreign companies and Cuban entities, such as in the case of Brascuba S.A. Some major Cuban export companies — so far only two — are also starting to operate from the ZEDM.

Potential investors often complain about delays in applications, regardless of the new investment law’s requirement for authorities to come up with an answer within 60 days.

DR: Indeed, the law defines a time frame of 60 days, but only after finalizing the whole negotiation process in which the potential investor needs to meet all demands and standards that will make their project ready for approval or not. Of course, bureaucracy and obsolete mentality also create obstacles and delays. But the two stages need to be clearly separated: the negotiation process, which may take any amount of time, and the 60-day period for final approval.

What about the controversy over the continued obligation for investors to turn to state employment agencies for hiring of local workers, who are getting paid in non-convertible pesos?

DR: Our experience shows beyond any doubt that the role of these agencies is a very positive one. Foreign companies need scores of professionals, technicians and qualified workers, and by resorting to such agencies they ensure that they are contracting the best personnel possible, with credible credentials and experience.

And they don’t have to worry about medical services, accidents, labor conflicts, holidays, retirement funds and other benefits; the Cuban authorities deal with those appropriately. Foreign companies feel more comfortable, avoiding a lot of paperwork, and becoming more expeditious.

As to wages in dollars or CUC (convertible pesos), this is something ruled out by Cuba’s Labor Code, and (payment in CUP) is enforced everywhere, including the ZEDM. Once the currency unification process is implemented, the CUP will reinforce its role; the wage scales may change, but the (sole remaining) currency will be the CUP.

Two hundred and fifty foreign firms have been operating on such terms for many years now, and we have not had a single complaint from them regarding the employment arrangements and the role of the employment agencies.

There are two different sets of incentives, one for the ZEDM and another one for investments in the rest of the country…

DR: There are differences because we are dealing with two different operations. But the new investment law (Law 113) prescribes a whole set of incentives as never before, such as tax exemptions, various other exemptions, unlimited transfer of profits, and others. The climate of incentives is among the best, according to international standards.

In the many trade delegations visiting Cuba recently, we see mostly small and medium enterprises. Should Cuba concentrate on SME’s instead of looking for big companies?

DR: Indeed, there is a before and an after the new investment law of 2013.  Cuba’s investment law is aimed not just at big companies and projects, but also at all kinds of SME’s. Besides, many of the medium-size companies we are negotiating with in Western Europe and other places are, in reality, companies operating with capital of $100 million and more, as is the case with, for example, some German companies.

Two big projects that are unfolding right now are the golf resorts at Bellomonte, by Chinese companies, and Carbonera, by a British company. Right now, at Bellomonte they are finalizing the design of the complex. At Carbonera, after having completed all preliminary studies, they are now leveling the terrain and starting the initial phase of construction of a project very similar in size and scope as that of Bellomonte.

What about obstacles to Cuba’s unfolding quest to attract foreign investments?

DR: The U.S. blockade against Cuba remains the fundamental obstacle to attracting foreign capital, and it has not changed substantially.