Q&A: The limited impact of Cuba’s removal from the ‘terror list’

We are re-publishing an interview with Christopher Swift, an attorney in the Washington office of Foley & Lardner and former enforcement officer at the Treasury Department’s Office of Foreign Assets Control (OFAC)
0
Shares
0
0
0
0

CUBA STANDARD — Effective May 29, the U.S. Department of State removed Cuba from its list of “State Sponsors of Terrorism.” We are re-publishing an interview with Christopher Swift, an attorney in the Washington office of Foley & Lardner and former enforcement officer at the Treasury Department’s Office of Foreign Assets Control (OFAC), to gauge the impact of the measure for businesses. We first published the interview on April 7. 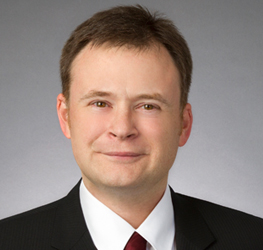 Yesterday, Cuba’s minister of foreign trade and investment called on President Barack Obama to allow Cuba to effect transactions in U.S. dollars. Would eliminating Cuba from the terror list take care of that request?

CS: No, it’s separate. What the Cubans are doing is, now that they’ve achieved one objective, they are negotiating the next objective. The financial controls are not directly related to the terrorism list.

The minister also appealed to the U.S. president to open the gates for all Cuban exports. Could the president allow that once Cuba is off the terror list?

CS: It’s not really related to the terror list. This is much more related to the Helms-Burton Law. To the extent that the United States is allowing Cuban imports, it is only related to privately owned entities, like family farms or small businesses, entrepreneurs who are doing things in Cuba. What the Cuban government is asking for now, is that the United States open the door for exports from state-owned Cuban corporations. That’s something that could not happen without Congressional approval.

What role did Cuba’s presence on the terror list play in the recent OFAC enforcement against France’s BNP Paribas and Germany’s Commerzbank?

CS: It provides one of many levers the U.S. government can use to target Cuban entities. If they take Cuba off the State Sponsors of Terrorism list, then one of several different sources of Congressional authorization for financial sanctions will fade away. But that doesn’t mean that all financial sanctions fade away.

In other words, enforcement actions against banks could resume under the next president?

So what, if anything, changes from the point of view of U.S. and third-country banks?

CS: From a business point of view, it doesn’t change very much. Being on the State Sponsors of Terrorism list means that there is a ban on exporting arms, or any arms-related items, that there are very strong controls on dual-use items, which they think could be converted into weapons. Also, the U.S. government cannot give you any kind of economic assistance, it cannot give you any loans, there’s no financing for international developments, and economic assistance — bilateral aid, multilateral aid — is very, very restricted. It also means that the U.S. government will not allow you to join multilateral organizations such as the World Bank and the IMF, or make it harder for Cuba to get funding from international organizations. If they take them off the terrorism list, it would be easier to do those things.

Cuba would be able to join multilateral institutions?

CS: They can already join them. It’s just that, if the United States is a member of that institution, it’s required by (U.S.) law to try to block anything involving Cuba.

And the United States could also provide credit and trade finance?

CS: Some forms of economic assistance.

CS:  Mostly bilateral economic aid. And it means the United States would no longer be standing in the way, as a matter of policy, if the IMF or World Bank would want to provide economic assistance. But in terms of what you can export to Cuba, that’s not going to change very much, in part because the Cuban Assets Control Regulations, another set of complementary sanctions, already prohibit most transactions.

And the Cuban Assets Control Regulations are based on what law?

So unless that law is changed, the Cuban Assets Control Regulations will continue to be enforced?

CS: They will continue. The Cuban Assets Control Regulations are also based on the Helms-Burton Law and the Libertad Act. Taking Cuba off the list of State Sponsors of Terrorism doesn’t change the fact that the two other statutes still are in place, and that the majority of U.S. sanctions are still in place under different authorizations. It’s a mostly political and diplomatic move. It’s not the kind of move that’s going to have a substantial impact on what U.S. businesses or foreign businesses with U.S. nexus can do in Cuba.

CS:  Yes, that’s right. And it makes Cubans’ life a little bit easier, in terms of making it harder to sue Cuban officials. The United States will take a more permissive approach to the World Bank, the IMF and other institutions doing things in Cuba. But so much of the embargo is already in place. This is mainly a diplomatic signal. It shows that the negotiations between the United States and Cuba are going well.

The most important thing is to distinguish between the substance and the shadow, between the law and the headlines. The headlines tend to suggest that things are moving very quickly towards the embargo’s end. The reality is that most of the embargo is still in place, and most of the embargo will remain in place until Congress changes or repeals existing law. It doesn’t matter what president you’re looking at — whether it’s President Obama, or President Jeb Bush, President Marco Rubio, or President Hillary Clinton, whether it’s this president or the next president, there are going to be significant restraints on what the president can do in respect to Cuba, if Congress is not on board.

Opinion: Cuba and its exiles — the un-reality show

PPolitics
In contrast to other bills pending in the House and Senate, H.R. 3238 would lift the embargo altogether. However, it would prohibit the use of taxpayer funds to promote exports.
PPolitics
Reviving a regional integration initiative that has lost steam since the death of Hugo Chávez, Cuba will host a summit of ALBA bloc leaders in Havana to coordinate efforts to fight Ebola, both in Africa and Latin America
PPolitics
By José Manuel Pallí, Esq. jpalli@wwti.net The sudden and tragic death of Osvaldo Payá Sardiñas a month ago…