Q&A: What’s behind the Title III activation, and what impact will it have?

One day before the Trump administration was expected to release details about how Title III will be implemented, Cuba Standard talked to Washington lawyer and Helms-Burton expert Robert Muse
0
Shares
0
0
0
0 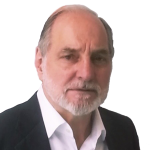 One day before the Trump administration was expected to release details about how Title III of the Helms-Burton law will be implemented, Cuba Standard talked to Robert L. Muse. The Washington lawyer not only represents corporate claims holders in expropriations in Cuba, but he is an expert and harsh critic who testified before the U.S. Senate in 1995 about the Helms-Burton Act. Muse published a critique of Helms-Burton from the perspective of international law in 1998.

RM: Recently, National Security Advisor John Bolton said that ‘In this administration, we’re not afraid to use the word Monroe Doctrine.’ The doctrine dates to 1823 and was intended originally to express opposition to European colonization efforts in the western hemisphere, which the U.S. would interpret as hostile acts and react accordingly. As we see from Bolton’s statement, it is now the U.S. position that even intra-hemispheric activity — such as Cuba in Venezuela — is objectionable under the Monroe Doctrine if it conflicts with U.S. support for ‘a completely democratic

hemisphere.’  With the Trump administration, the doctrine is back in an expanded form when it comes to Europe: Basically, it is the prerogative of the U.S. to pursue policy objectives in Latin America without regard to contrary foreign polices of European countries. So, to the extent such countries support their private sectors’ commercial involvements in Cuba, this is contrary to U.S. policy and they must defer to that policy. In short, they must align their policies with those of the U.S. when it comes to Cuba and Venezuela. So while Spain and other countries may protest the targeting of their corporations by Title III, in the minds of Trump administration officials, the Monroe Doctrine gives the U.S. plenary power to pursue its foreign policy goals with respect to Cuba.

CS: And what are the goals behind the law?

RM: Certified claimants are used pretextually in Title III — not in a genuine attempt to resolve their claims, but as cover for a program of economically coerced regime change in Havana.

CS: What does Title III do?

RM: It allows lawsuits against so-called traffickers that use, lease, occupy or commercially benefit from properties in Cuba.  That’s the basic outline. The way the statute is written is incredibly complicated. You must be a U.S. citizen, you must “own” a claim to property in Cuba, either through direct ownership or one of your ancestor’s ownership and then it came down to you, by will or otherwise. So you’re a citizen, you own a claim to a property in Cuba, then you’re free to sue anyone who uses that property for commercial purposes.

CS: You have to be a U.S. citizen at the moment of expropriation?

CS: And you have to be a registered claims holder?

RM: No you don’t. Cosmetic protections for certified claimants were added only under protest from U.S. claimant companies.

CS: How big is the potential pool of plaintiffs?

RM: It depends on how widely they implement the title. They’re taking it in a piecemeal fashion. They allowed lawsuits against “restricted Cuban entities” deemed controlled by the armed forces on the State Department list. That was Phase One, they did that a few weeks ago. The new implementation could be against private-sector companies that are active in Cuba using confiscated properties. Or it could be against the government of Cuba itself for any involvement in these expropriated properties. I suspect it’s going to be limited to private-sector companies. If they allow suits against every instrumentality and agency of the government of Cuba that occupies expropriated property, there would be several hundred thousands. For example, someone could sue the ministry of agriculture because it occupies and uses land that his grandfather owned in producing sugarcane for a sugar mill. So it would cover the whole island with lawsuits. It’s pointless to speculate this late, but I think they’re going to limit it to private corporations.

CS: So how big would the pool of potential defendants be?

RM: You’re in a better place than I am to judge, because it would depend on the number of joint ventures with military organs and some of the other agencies, as well as wholly owned foreign projects in Cuba. How many joint ventures are there with private companies? That would tell you the upper limit of the number of lawsuits to expect. If Title III is implemented against only ‘Restricted Cuban Entities’ and foreign corporations active in Cuba, probably not many suits will be filed.

PPolitics
This article is the second of two on the leading U.S. presidential candidates and their expected Cuba policies; Donald Trump’s anticipated policies were the subject of an article in July
PPolitics
In addition to barter mechanisms and blocking statutes, the EU should encourage European companies to go to court ... in the United States, a think tank analyst close to the German government argues.
PPolitics
Raúl's transformation of the system is not just rooted in a modernization of the development strategy