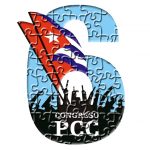 Clad in a white guayabera and surrounded by Politburo members, President Raúl Castro made the following statements during his opening speech of the 6th Party Congress in Havana Saturday:

•Officials in the highest ranks of power should remain no longer than 10 years in their posts. “It’s recommendable to limit the tenure in fundamental political and state posts to two consecutive periods of five years,” he said, without getting into detail.

•He criticized the inability of the country’s political elite to renew itself and be more reflective of the population at large, such as in “the promotion of women, black people and people of mixed race, and youths to decision-making positions.” He also criticized the lack of appointments on the basis of “merits and personal qualifications.” “It’s really embarrassing that we have not solved this problem in more than half a century. This will weigh heavily on our conscience for many years.” Today, we are faced with the consequences of not having a reserve of well-trained replacements with sufficient experience and maturity to undertake the new and complex leadership responsibilities in the Party, the state and government, a problem we should solve gradually, in the course of five years.”

•Communist Party cadres should abstain from infringing upon the management of state companies and government. “The view of the Party organization is appreciated, but the single determining element is the manager, and we should preserve and enhance their authority,” Castro said.

•The tacit requirement of being a Party militant to obtain public posts is eliminated. “Membership in a political organization should not be a precondition for holding a leading position with the state or government,” Castro said.

•He asked official media to stop producing “boring, superficial and improvised reports.” At the same time, he recognized that Cuban journalists “most of the time … cannot access the information in a timely fashion nor contact the cadres and experts involved with the issues in question.”

•The functions of municipalities and provinces will be strengthened.

•He hinted that the buying and selling of homes and automobiles is imminent. “Without waiting to have everything worked out, progress has been made in the legal regulations associated with the purchase and sale of housing and cars,” Castro said, without elaborating. Also,

•more fallow state land will be leased to private farmers under an existing long-term usufruct arrangement.

Castro said that the process of  adapting hundreds of regulations and norms and achieving constitutional reform should take five years. A standing commission that reports directly to the president and his cabinet ministers, will oversee the implementation of reform, and — when necessary — add new guidelines. Before the Congress, Castro announced that Economy Minister Marino Murillo would leave his post to dedicate himself to leading that task.

“The higher organs of the Party and the state and government powers should maintain a systematic and close oversight on this process and be ready to introduce any adjustments called for to correct negative effects in a timely manner,” Castro said.

The discussions of a document with 291 guidelines, with input from 3 million Cubans, raised “great expectations” and were a quasi-referendum on the economic reform project, Castro said.

“There was no unanimity,” he said, “and that is precisely what was needed for we really wanted this to be a democratic and serious consultation with the people.”

Using the input, the final document grew to 311 guidelines, and 181 were changed. The issue that raised most concerns, he said, was the elimination of the ration booklet and subsidized food. He reiterated that the libreta will not be eliminated “all at once”; rather it will disappear gradually, in coordination with improvements to productivity and salaries. Similarly, the massive layoffs of state employees announced last fall will occur at a slower speed than originally announced.

“This process will continue slowly but uninterruptedly, its pace determined by our capacity to create the necessary conditions for its full implementation,” Castro said. “In Cuba, under Socialism, there will never be space for shock therapies,” he added.

In contrast to previous Party congresses featuring the silhouettes of Marx, Engels, Lenin, Che Guevara, Martí, Maceo and Gómez, the auditorium of the Convention Palace in Havana was only adorned with a logo of the 6th Congress.

While insisting that the Obama Administration “provokes destabilization” and tightened the embargo, he repeated his offer to establish a dialogue, “on the base of mutual respect and without interference in internal affairs.”

Cubans to be allowed to buy and sell homes

TTop Stories
Kathy Castor is a new phenomenon in Florida politics: The representative from Tampa is increasingly outspoken in favor…
TTop Stories
After buying out Telecom Italia in a $706 million deal, the Cuban government is still looking for a…
TTop Stories
CUBA STANDARD — Following the approval of U.S. scheduled flights to provincial airports in June, the U.S. Department…