Cuban universities are now graduating an average of 5,500 IT engineers each year, a third of which have earned masters or doctoral degrees. UCI alone has produced some 20,000 computer science graduates.
0
Shares
0
0
0
0 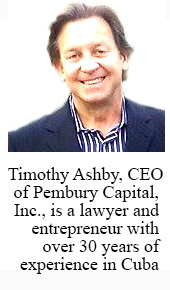 Cuba has embarked on a technology revolution with the goal of becoming the Caribbean’s digital hub.

I recently returned from the island where I met with a number of tech entrepreneurs who could have stepped off the streets of Shoreditch rather than the crumbling architectural magnificence of Havana. Despite major technological hurdles – particularly spotty and slow Internet access – these “dot commies” are creating innovative applications across a range of industry sectors, developing games and robotics, and off-shoring programming services for European and Latin American clients.

Twenty years ago, the Cuban government anticipated the technology hurricane that would sweep the world. Amid the Special Period, Fidel Castro decided to launch a second revolution called the “Future Project,” which had two objectives: to computerize the country and develop a software industry to contribute to economic development. In 2002, the University of Information Sciences (Universidad de las Ciencias Informáticas, or UCI) was founded — ironically, on the site of a Soviet signals intelligence base — to educate the vanguard of the Cuban IT revolution.

Since then, other Cuban universities have added information sciences to their curriculum, now graduating an average of 5,500 IT engineers each year, a third of which have earned masters or doctoral degrees. UCI alone has produced some 20,000 computer science graduates. On a per-capita basis, Cuba is one of the poorest countries in Latin America and the Caribbean, yet it boasts a 100% literacy rate and invests 1.17% of GDP in technological research and development (in comparison, the U.S. public sector invests less than 0.9% of GDP in IT research and development). The number of IT professionals keeps growing; there are now 1.8 scientists and engineers per 1,000 citizens, 47 universities, and over 200 R&D centers in Cuba.

The Cuban government has also embarked on a program to train high school students in 24 IT specialties at technology centers emblazoned with the slogan Creemos en el Futuro (“We Believe in the Future”). These budding software engineers are becoming proficient in Java, Android, Windows, Linux-Unix and mobile technologies. Out of a total population of 11.3 million, some 40,000 teens with coding skills graduate each year, of which 12% go on to university. Unfortunately for them, the Cuban high-tech industry currently employs only 5,000 workers, mainly in poorly paid government jobs.

Cuba’s young tech professionals have faced daunting obstacles: few and expensive Internet connections, limited bandwidth, censorship, antiquated hardware, and minimal access to technical books and industry journals. Although official Internet penetration in Cuba is 25%, the reality is that most access was limited to a Cuba-only portion of the Internet that consists of a national email system, pro-government Websites, and a few other services. Less than 5% of the population can get on the full global Internet through government offices, tourist hotels, and the black market. Private enterprise in the technology sector was officially discouraged, regardless of the government’s promotion of an IT society and an industrial policy to make Cuba a software engineering and development hub.

Nonetheless, Cuba’s Millennial generation has embraced these challenges., They say that their country is becoming “a giant school for entrepreneurship,” as deficiencies in access to infrastructure, capital and information are spurring remarkable creativity. For example, most computers — often cobbled together from decades-old parts — are so slow that Cubans have learned to write lean software programs requiring little memory, thereby acquiring skills for creating mobile apps.

The thawing of relations between the United States and Cuba helps change the IT environment. The opening of embassies in Washington and Havana is inspiring tech revolutionaries, as has President Barack Obama’s policy of freeing IT trade and investment between the U.S. and Cuban private sectors. Google Executive Chairman Eric Schmidt led a delegation to Havana last year, Netflix is offering service on the island, Cuba is Airbnb’s fastest growing market, and I routinely communicate with Cuban colleagues via LinkedIn. Mark Zuckerberg says, “Cuba definitely fits within our mission,” and a recent poll found that more than 90% of Cubans who use social media prefer Facebook over other social platforms.

The island’s technology infrastructure is the major impediment to IT sector growth. Much of Cuban connectivity is based on the X.25 protocol, which is outdated and poorly suited to IP traffic. IT professionals must contend with 2,400 bps data transfers and constant redialing to make connections. Cuban technicians cannot go online and download the latest version of software or hardware, and technical books or industry journals are almost as prized as iPhones. In a country where the average monthly salary is $25, an hour-long cybercafé connection costs $1.50 for the government-controlled national intranet (which has restricted content and an in-country email system) or around $7.00 to access the global Web (generally used by government officials and tourists, although ordinary Cubans can use it if they can afford to do so).

This is also changing quickly. Cuba has a new fiber-optic cable connecting the island to Venezuela and Jamaica, providing download speeds up to 3,000 times faster than previously available (although still largely limited to the government intranet). Two of the submarine fiber optic “pipes” that bypassed Cuba are expected to be connected to the island within the next year, and a U.S. company has a license to lay a cable from Florida. Google Ideas executive Brett Perlmutter proposed to the Cuban government a way to skip cable and revolutionize the IT infrastructure by going straight to WiFi connections and cellular phones. In May, the U.S. Congress introduced the Cuba Digital and Telecommunications Advancement Act (Cuba DATA Act) to encourage U.S. companies to help Cuba build a 21st-century telecommunications infrastructure. The Cuban government plans to have 50% of private homes connected to the Internet by 2020 – an ambitious task on an island the size of England where the majority of vehicles in the countryside are still horse-drawn and many farmers plough with oxen.

Cuba has the technological foundation to be — if not another India — at least a Caribbean version of Israel in terms of education and expertise. Cost-wise, Cuba is stunningly competitive with other developing countries: software developers with advanced skills charge between $150-300 per month. It is little wonder that executives from Microsoft, Dell and other mainstream tech companies are flocking to Havana, recognizing the potential for the full range of tech services, from programming to chip production and call centers.

But Cuba’s “dot commies” want more than to be a coding colony for the USA. They have developed their own versions of BuzzFeed, eBay and OpenTable, are experimenting with blockchain, and developing killer apps such as mobile banking systems for billions of consumers in the developing world. Watch out Silicon Valley and Silicon Roundabout — Silicon Island is on its way!

EEconomy
CUBA STANDARD — French development agency AFD, which opened an office in Havana in 2016, took over the…
UUncategorized
The annual meeting of the Association for the Study of the Cuban Economy (ASCE) in Miami features a record number of presenters from Cuba
EEconomy
Written by Cubans for Cubans, the "Introductory Guide to Cooperatives in Cuba" provides information for establishing, operating and managing cooperatives