Cuba’s b&b, restaurant, hair salon, taxi, car repair shop, and clothing store owners have been clamoring for access to bulk supplies at prices that are more affordable than in regular hard-currency retail stores.

In an interview with a reporter of official website Cubadebate, the store manager said Zona+ (pronounced “Zona Mas”) in the Miramar neighborhood of Havana is a “specialized store dedicated to the cuentapropista segment of the market,” offering food and personal hygiene products.

Customers interviewed by Cubadebate lauded the selection, amount of goods, prices, and service, saying they had learned about the store by word of mouth.

According to a Reuters report, Zona+ is better stocked than the usual hard-currency retail stores, with produce stacked to the ceiling like in a warehouse. But only a handful of goods are available in large quantities, at 20% discount.

Shop employees told Reuters that this was an experiment, with plans for Zona+ to eventually sell everything in bulk at 10-20% discounts, depending on the amount purchased. 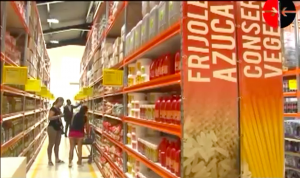 In April, officials announced that some coops would be able to buy supplies directly from government producers and wholesale outlets. But the recent 7th Party Congress eliminated private wholesale agricultural markets after a one-year pilot project phase, amid concern about rising prices.

It's crunch time again in Cuba

EEconomy
No official damage assessments have been made, but recovery and reconstruction will be costly
EEconomy
By José Manuel Pallí Since Cuba published the recent changes to its housing laws allowing resident citizens to…
EEconomy
Written by Cubans for Cubans, the "Introductory Guide to Cooperatives in Cuba" provides information for establishing, operating and managing cooperatives