Stones hope to beat crowd record with concert in Havana

“They really want to come and deliver their music to the Cuban people,” Dale Skjerseth told official daily Granma during a tour of the Ciudad Deportiva complex where the British veteran rockers are scheduled to perform this Friday. “I hope they’ll break attendance records in Havana.”

A 2006 Rolling Stones concert at Copacabana Beach in Rio de Janeiro drew 1.3 million fans. The Cuban capital has a population of 2.2 million.

The mega event comes on the heels of the state visit by President Barack Obama and three days after the Tampa Bay Rays played an exhibition game at the Estadio Latinoamericano next door.

Several U.S. companies are involved in the logistics and operations of the show. Containers with the logo of Jacksonville-based Crowley Marine can be seen on the staging ground, as are Caterpillar telehandlers, generators and lift trucks provided by St. Augustine, Fla.-based Ring Power.

The stop in Havana will be the last one of a Latin America tour that began in February. At two concerts in Mexico City, they performed classics such as Paint it Black, Gimme Shelter, and Satisfaction.

“They change the show every night, but they always play the classics,” Skjerseth said, adding that the Havana concert — with the Stones as the only scheduled act — will be “surprising”. Beginning at 8:30 pm, the show is expected to last 2 hours 15 minutes.

Planning for the concert began more than six months ago; the manager said he was “very satisfied” with official Cuban support. The show will not be transmitted by TV. 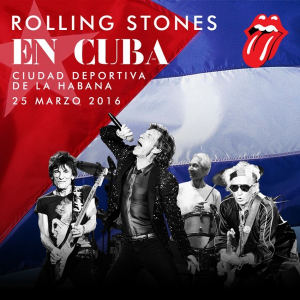 CCompanies
CUBA STANDARD — In what company CEO Leon Binedell hailed as “the best financial metrics since 2014,” Sherritt…
CCompanies
Copa's is the first corporate donation to help mass vaccination in Cuba
CCompanies
An entrepreneurial exchange program created by the Cuba Study Group will bring four chefs of privately-owned restaurants in Havana to Miami to exchange with local peers