This article is the second of two on the leading U.S. presidential candidates and their expected Cuba policies; Donald Trump’s anticipated policies were the subject of an article in July
0
Shares
0
0
0
0 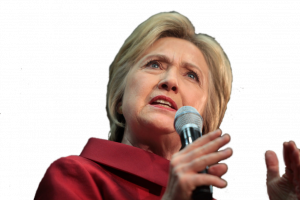 This article is the second of two on the leading U.S. presidential candidates and their expected Cuba policies; Donald Trump’s anticipated policies were the subject of an article in July.

Regardless of which candidate enters the White House next January, a continuation of the Obama administration’s policy of engagement with Cuba can be expected. Donald Trump was the only Republican candidate during the primaries who openly supported rapprochement, and Hillary Clinton has been an advocate for better relations with Cuba since her service as Secretary of State.

Clinton’s position on Cuba has changed considerably since her husband’s administration. She supported the Helms-Burton Act Bill Clinton signed it into law in 1996, which strengthened the U.S. embargo against Cuba, and during her 2008 presidential campaign, she opposed lifting the embargo. She now takes credit for urging President Barack Obama to normalize U.S.-Cuban relations when she served as Secretary of State. “The Cuba embargo needs to go, once and for all,” Clinton said in Miami in July 2015, adding that it needs to be replaced “with a smarter approach that empowers the Cuban private sector, Cuban civil society, and the Cuban-American community to spur progress and keep pressure on the regime.” She called the embargo an “albatross” of U.S. diplomacy in Latin America and said that if elected, she would use executive authority as president to further loosen restrictions relating to travel and trade.

In sharp contrast to the Republican Party’s official stance on Cuba, which essentially advocates a return to Cold War era policies, the 2016 Democratic Party Platform states:

“We will continue President Obama’s historic opening and will put an end to the restrictions to travel and the embargo. Additionally, we will be by the Cuban people’s side and support their ability to decide their own future and enjoy the same human rights and freedoms that people from all over the world deserve.”

What can be expected from a Clinton administration on specific Cuban policy issues?

Conditions for repealing the embargo

Clinton and her Cuba policy advisors believe that the diplomatic process for resolving bilateral issues is well underway. She would be willing to engage with leading anti-embargo Republicans in Congress such as Sen. Jeff Flake to generate support for repealing Helms-Burton and other sanctions laws. She and her team believe that legislative conditions for ending the embargo are unrealistic, and agree with many Republicans that the Cuban government has already met many of the conditions. A Clinton administration would maintain emphasis on supporting human rights and civil society in Cuba, but would take the approach that this can more effectively be achieved by allowing Americans to visit the island to support private business and engage with the Cuban people, and by expanding communications and commercial links with ordinary Cubans. Clinton would de-emphasize U.S. policy on democratization in Cuba, instead focusing on allowing the people to choose their own political and economic destiny.

Clinton would continue the Obama administration’s claims settlement negotiations; however, she would seek to expedite the slow process as she was reportedly frustrated with the pace of reforms while Secretary of State. She favors a “dual track” settlement strategy that includes lump-sum settlements for the bulk of U.S. claims (under a monetary threshold), and a menu of options for corporate claimants including preferential U.S. investments in Cuba, debt-equity swap vouchers, and payment through sovereign bonds, with no insistence on restitution of nationalized U.S. property.

Clinton’s policy advisors advocate settling Cuban counter-claims with direct and indirect development assistance, including U.S. support for financing from the World Bank’s IFC and other multilateral organizations. The Guantánamo naval base would be a major “bargaining chip” in this regard. It would be nominally returned to Cuban sovereignty following agreement that the base become an international free trade zone, with cruise ship and container terminals. The proposal to make Guantánamo a digital hub for the Caribbean using the new $35 million fiber optic cable from Florida has already been broached to the Cuban government.

As a U.S. Senator, Clinton voted to maintain funding for Radio and TV Martí (in contrast to Obama, who voted twice to cut off funding). While remaining neutral on the subject through the election, she can be expected to sign into law Congressional legislation ending the propaganda programs that have cost taxpayers nearly three-quarters of a billion dollars.

Clinton strongly favors closing the Guantánamo Bay detention facility, and – like current Secretary of State John Kerry – supports returning the entire base to nominal Cuban sovereignty under the condition that it remain permanently demilitarized.

Clinton has been silent on the Cuban Adjustment Act, the 50-year-old program that automatically grants political refugee status to any Cuban arriving on U.S. soil, without having to prove persecution. As president, however, she would sign into law legislation repealing the act as part of the bilateral normalization process.

During her first year in office, Hillary Clinton could be expected to expedite the process of normalizing relations with Cuba that were begun by President Obama. She has said that she would visit Cuba and would meet with President Raúl Castro and First Vice President Miguel Díaz-Canel, whom her policy team expects to become the next Cuban president in 2018.

Dr. Timothy Ashby served as a senior official responsible for Cuba trade policy in the Reagan and Bush administrations, and has been a policy advisor to several presidential candidates. A lawyer, he is founder and CEO of Pembury Capital, Ltd., a company that specializes in Cuban trade and investment strategies.

Cuba in negotiations for $300m in solar projects

Book review: How will your company fit into the new Cuba?

UUncategorized
By José Manuel Pallí   Over the past couple of years, the rumblings about the need to modify…
PPolitics
Julia Sagebien: "If as president you want to get a better deal on Cuba, I suggest you just apply the 11 negotiating tactics that inspired your book"
PPolitics
Arnold & Porter lawyers analyze and summarize the state of Title III lawsuits