The Washington View: An ‘immoral deal’? Not for Cuban athletes!

Is this deal really worth scuttling because Cuban baseball will get money for equipment and training, and some may spill into other sports budgets or Cuban general revenues? Why rebuff Cuban moves to allow world-class athletes to travel and compete abroad and earn market-based pay?
0
Shares
0
0
0
0 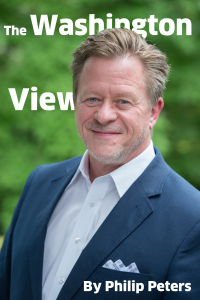 Somewhere in Cuba, a young ballplayer is sitting in a dugout and dreaming big about his future in the game.

The kid is part of a baseball tradition that, like ours, started in the 19th century. His contribution began on sandlots, and his talent got him into his province’s special secondary school that develops sports talent.

Politics bores him, but he knows a few things about its impact on baseball. For him, Cuba’s educational system has meant rigorous training and tough coaches. He sees that players in the Cuban professional league are admired by fans – but they earn less money on the diamond than the mason and carpenter rebuilding the house down the street.

And politics has always complicated Cuba’s ties to the baseball world outside. Players seeking a chance in the big leagues paid smugglers to get out of Cuba. Then they paid fixers to establish their residency in a foreign country so that a major league scout could consider them eligible. At home they were then called “deserters” and became non-persons in Cuban media.

But he also knows that things have been changing.

Five years ago, he heard about the first “deserter” who came back. Pitcher José Contreras, who pitched in the 2005 World Series, visited home without difficulty thanks to a new Cuban migration law. Many others followed, welcomed by fans and family if not forgiven by the authorities.

Cubans playing in Mexico and Japan

And he has read about Cubans playing in Mexico and Japan, earning professional salaries and returning to Cuba. Alfredo Despaigne joined the Campeche Pirates in 2013 and went on to the Fukuoka Hawks. Yulieski Gourriel joined the Yokohama Baystars in 2014 and found his way to the Houston Astros. Cubans have joined the lineups of the Yomiuri Giants, the Olmecas de Tabasco, and many other clubs. Press reports say some have multi-million dollar contracts.

These contracts were possible because Cuba finally allowed athletes to do what artists had long done – work abroad and pay taxes on their income – and because of agreements between Cuba’s baseball federation and foreign counterparts.

Absent such an agreement, direct hiring by Major League Baseball teams was not possible – but that may change due to a new agreement between MLB, the players’ union, and the Cuban Baseball Federation.

If the agreement goes into effect, all Cuban players will be permitted to sign major or minor league contracts with MLB teams. The requirement to establish residency in a third country is gone, as is the need to be smuggled out of Cuba. Cuban players will get U.S. work visas, their families can join them, and they will return to Cuba in the off-season.

The deal may not proceed, however, because Senator Marco Rubio and some in the Trump administration object to a financial provision: for every signing, the Cuban Baseball Federation would receive a release fee equal to one-fourth of the signing bonus and up to 20% of the total contract value.

Rubio calls the deal “immoral” because the Federation is “government-controlled” and he objects to Cuba levying a “new” income tax on players’ earnings, “even though the income is being earned by playing in the U.S.” (Rubio doesn’t know that Cuba’s personal income tax is more than two decades old, or that Americans who spend part of a year abroad pay U.S. income tax on their foreign income.)

Of course, MLB had been authorized to negotiate by the U.S. Treasury Department, even during the Trump administration. Rubio will now press the administration to invalidate the deal by deeming Cuba’s baseball federation to be part of the government, and then barring MLB from making any payment to it.

But consider the math from a Cuban player’s point of view: a one-year contract for $2 million – half the MLB average – yields a payment of up to $400,000 to the Cuban Baseball Federation, plus a share of any signing bonus. If the IRS imposes a 30% percent tax on the player’s salary, then $600,000 goes to the U.S. Treasury and the player pockets $1.4 million. After paying a four percent4% Cuban income tax, the player is left with $1.344 million, which is more than 2,600 times his salary in the Cuban national league.

Is this deal really worth scuttling because Cuban baseball will get money for equipment and training, and some may spill into other sports budgets or Cuban general revenues? Why rebuff Cuban moves to allow world-class athletes to travel and compete abroad and earn market-based pay?

Rubio’s simple answer is that we exert pressure, or can at least be satisfied in our moral posture, by blocking hard- currency flows to   the Cuban government – even in cases such as this where massive benefits go to individual Cubans.

Or maybe he really objects to allowing Cubans to play in the big leagues without forcing them to emigrate, break with the Cuban system, and join el exilio – or he dreads the possibility, joyful to most, that a Cuban national team in the next World Baseball Classic could include Cuban MLB players.

We can forgive the Cuban kid in the dugout if Rubio’s logic escapes him, but he can be sure that the senator will never come explain it.

The would-be president and global traveler never manages to visit Cubans where they live, look them in the eye, and explain the 1960’s-era policies that sell so well in his part of Miami, and nowhere else.

Peters is president of the Cuba Research Center in Arlington, Va. and a principal in the Focus Cuba business consultancy

Analysis: Why U.S. regime-change efforts in Venezuela are an uphill struggle

PPolitics
Cuba's official media are closely following the creation of a new $100 billion development bank that may offer lower-cost lending alternatives outside the realm of Washington and Wall Street
PPolitics
By Domingo Amuchastegui The challenge by the opposition organization Archipiélago, intended to precipitate the collapse of the Cuban…
OOpinion
When you watch today's Donald Trump back at the Versailles restaurant saying exactly the same thing to mostly the same crowd as in 1999, is there any lesson we Cuban Americans can learn?