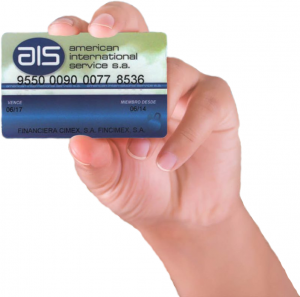 CUBA STANDARD — The Trump administration blacklisted another Cuban state entity, blocking one of the few remaining channels to send remittances to the island.

Effective immediately, the State Department added American International Service (AIS) to its “Cuba Restricted List”; the Cuban company, a subsidiary of state holding Fincimex — which was blacklisted earlier this year — operates the AIS card, a charge card that allows people abroad to send money to recipients in Cuba, who are then paid out in convertible pesos or can buy goods in CUC or dollars with the card.

The move came less than a week after President Trump, in a campaign-style event at the White House before Bay of Pigs veterans, put all hotels in Cuba off-limits for U.S. travelers.

For 15 years, Cubans and their relatives abroad have used AIS, which offers a blue card for purchases and ATM withdrawals in Cuban currency, and a green card in dollars for purchases only.

In a press release, the Department of State called the AIS card a government “scheme to make money and support its repressive apparatus”, as well as fund “Cuba’s meddling in Venezuela”.

“The people should be able to receive funds from their family abroad without having to line the pockets of their oppressors,” the State Department said. “We urge anyone who sends remittances to family in Cuba to use means other than Cuban government-controlled remittance entities.”

However, other than paying a mula — a person who travels back and forth to make money — or using barely tested cryptocurrency mechanisms, there are no alternative channels to send money to Cuba.

Foreign Minister Bruno Rodríguez said the measure was “aimed at damaging Cuban people and family ties between both nations”, adding that Trump only wants to “manipulate Florida voters” as the presidential elections are approaching.

To be sure, Western Union — despite the Trump administration’s blacklisting of recipient agency Fincimex in July — has continued to offer Cuba remittances without interruption.

“At Western Union, we are committed to facilitating money transfers to Cuba with convenience, reliability, and speed while adhering to regulatory requirements,” a Western Union spokesperson said in an email. “We do not expect the sanctions on AIS to affect Western Union customers. Western Union offers many options to send money directly to Cuba.”

Even so, the ties seem tenuous.

Amid the most profound crisis since the Special Period of the 1990s, Cubans are between a rock and a hard place. Just as the government began to open a new generation of dollar stores, AIS in August stopped taking applications for cards that allow to purchase goods in Cuba in dollars, temporarily limiting new customers to convertible pesos (CUC), for which not as many goods are available as for dollars.

Just one day before the announcement, AIS alerted its customers about a website whose URL differed by just one letter, and said it was evaluating legal action against the operators who, AIS says, are based in the United States.

In a rather symbolical move one day after the AIS announcement, the State Department also blacklisted Luis Alberto Rodríguez López-Callejas, president of armed forces-controlled conglomerate GAESA.

PPolitics
Cold Warriors in Miami will tell you people in Cuba will not be accessible. But that is a blatant lie that anyone who visits Cuba can easily corroborate
PPolitics
Opponents of U.S.-Cuba normalization have taken full advantage of the fact-free character of recent political debate in the United States to spread a variety of myths. Cuba expert William LeoGrande dispels them
PPolitics
By Domingo Amuchastegui The challenge by the opposition organization Archipiélago, intended to precipitate the collapse of the Cuban…