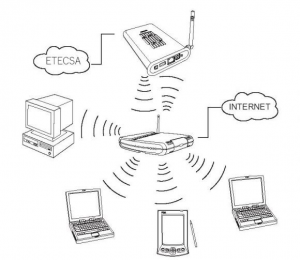 Coming half a year after the introduction of 3G mobile Internet, the measure will likely lower the threshold and price of at-home Internet access for Cubans across the island and allow private business owners to offer Internet access as an added amenity. However, private network owners may not charge for the use.

Two resolutions by the Communications Ministry, published in the Gaceta Oficial and effective July 29, allow the import of equipment, as well as the setup and management of private communications networks with limited reach.

Under the new rules, licensed operators may establish wireless networks of up to 100 milliwatt — for a maximum reach of up to 300 meters — providing access to various households or businesses. The rules also allow private network operators to wire apartments within the same building or several homes within a block with cable; the cables may not cross any public right-of-way. Privately owned networks can also provide a remote link for individuals to WiFi networks operated by state telecom monopoly Etecsa.

Establishing and operating exterior antennas requires a five-year license with the Communications Ministry, as well as the authorization of the building owner, who will be the holder of the license.

Individuals establishing WiFi networks within their homes do not need a license; however, they do have to obtain technical authorization from the Communications Ministry if they import hardware such as routers. If the importer has no prior permit, Cuban customs will retain any imported networking hardware for up to 30 days to make sure it complies with regulations.

Although reactions to the new opening are mostly positive, there were also complaints in the comments sections of official news websites about how rigid rules will clash with complex Cuban realities.

“I am sorry, but I see more bureaucratic obstacles,” wrote Mario A. Céspedes Pérez in response to an article on cubadebate.com. “My home, for example, after a total collapse 11 years ago, has no official owner. And I have one of those equipments. What should I do? Hide and continue to be illegal, or die in the housing offices trying to solve an 11 year-old problem and then tackle the next problem?”

The limited reach of the networking equipment allowed — up to 100 milliwatt — will probably outlaw more powerful existing ad-hoc Snet setups; some of these community-wide networks have sprung up over the past few years, but have been operating without official approval.

“The problem is that many of those reading the news don’t know about networks,” wrote an anonymous reader on cubadebate.com. “But this is the end of our beloved Snet”.

EEconomy
One year after the beginning of Brazil's Mais Médicos program, Brazil said it will continue the contracting of doctors from the Cuban government. The program generates more than $500 million in revenues a year for Cuba.
EEconomy
No official damage assessments have been made, but recovery and reconstruction will be costly
EEconomy
By José Manuel Pallí, Esq. A year ago, the buzz in Miami about the incipient real estate market…