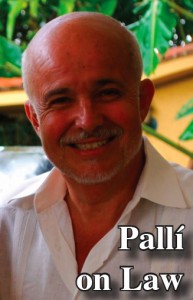 Over the past couple of years, the rumblings about the need to modify or adjust the Cuban Adjustment Act have been in crescendo. But, for a change, the crowd that now wants to alter this statute (Public Law 89-732, enacted Nov. 2, 1966 to permit thousands of Cuban refugees to speedily adjust to lawful permanent residence once they are inspected and admitted or paroled into the United States) is not the same crowd that for years cried foul on behalf of aliens of other nationalities who cannot avail themselves of this privilege.

Today, some Cuban-American members of Congress support efforts like H.R. 2831, a House bill from last year meant to punish those who acquire permanent residency in the United States through the CAA if they travel to Cuba before becoming U.S. citizens by taking away their resident status. H.R. 2831 effectively turns the act of travel to Cuba into a deportable offense; the language of the proposed law is so poorly crafted that it punishes anyone in this category of U.S. residents by way of the CAA who travel to Cuba, whatever his or her reasons may be.

But in the present ragged state of political discourse and lawmaking in our country, good reasons, along with good regulations, seem to be anathema for some politicians. And given the way some of our state legislatures are accustomed to operate (most Cuba-related measures are unanimously approved by the legislature in my state of Florida, probably infused by cross-pollination from the Asamblea del Poder Popular in Havana, another of Castro’s ploys perhaps…), it is no wonder that Florida politicians, schooled in Tallahassee, seem absurdly carefree when dealing with U.S.-Cuba policy in DC.

One of the “reasons” behind H.R. 2831 — the others are even more insouciant, trust me — was that the CAA was meant to benefit only those eligible on grounds of being victims of political persecution by the Cuban government, a requirement the existence of which anyone traveling to Cuba back and forth openly disproves. The problem the backers of anything resembling H.R. 2831 face is that a reading — even a carefree one — of Section 1 of the CAA will tell you that there is no trace of such an eligibility requirement: Permanent residency through the Cuban Adjustment Act is not limited to stateless refugees. The CAA does not make political persecution a condition for applying for legal resident status under it — not today, nor ever since its enactment. And I could claim a role as a poster boy for the absence of the alleged “eligibility requirement.”

I left my native Cuba in 1960, when I was eight years old, bound for Argentina. I spent about 20 years in Argentina, where I became an Argie citizen (a Cubargie) and a lawyer. I found the beaten Cuban path to Miami in the late 1970s, and upon arrival, I heard about a “law” I could only vaguely understand that favored Cuban candidates to residency — over, say, candidates from Argentina, who were already fuming about it back then — and checked it out with a local lawyer. I did not go to an immigration lawyer because there was no such thing in Argentina’s legal environment: My Cuban parents, and later myself, acquired Argentine citizenship by simply asking for it before the pertinent governmental agency, such affairs falling, at best, under “Administrative Law” (or Derecho Administrativo), an area of the law that deals with governmental acts and their consequences where you seldom need a lawyer unless you need to sue the government.

The local lawyer I consulted with told me that I was not eligible for U.S. residency under the CAA since I had become a citizen of Argentina and had entered the United States with an Argentine passport where my student visa was affixed. He was dead wrong, of course, because he did not quite know the law and opted for reasoning what it meant rather than applying its clear language. But what he said made sense to me, so I continued studying in search of a degree in comparative law, planning to return to Buenos Aires to practice as a U.S.-trained lawyer. I owe it to Don Bierman, then teaching one of the first immigration law courses at the University of Miami Law School — a two-credit seminar at that — to realize all I needed to do to become a U.S. resident (and, eventually, a U.S. lawyer, once I validated my Argie law degree) was stay put in the United States for a year and ask for my green card.

I apologize for the lengthy incursion into my personal experience, but the point I wanted to make is that the sponsors of H.R. 2831 are as wrong in their “reasoning” as was the colleague I consulted with years ago. The difference is that the local lawyer who gave me poor advice did not know the law; those who want to punish assiduous Cuba travelers know perfectly well what the law says, but they try to dilute its meaning by resorting to partial or incomplete truths and selected — and often irrelevant — facts, while ignoring the relevant ones.

This attitude of politicians regarding Cuba policy issues has become par for the course the more isolated they — and not the Cuba they have long tried to isolate — feel, as a recent speaker in Orlando confirmed. The head of one of the anti-Castro lobbies from DC spoke at the Orlando Citrus Club, before an audience of, mostly, business types. He passionately and effectively argued against any U.S. investments in Cuba, while advocating for the strict observance of our present policies aimed at isolating Cuba. He hit all the right notes, most of the things he said are factual, and they are facts that should give those who would entertain investing in Cuba something to think about. But he did not address the point — an important one, given his audience — of what has been the return of our nation’s “investment” in the set of isolationist policies aimed at Cuba he advocates for, which have been in place for around 50 years. Of course, it would have been funny to see him explain and account for those “dividends” since, at about the same time he was speaking in Orlando, Raúl Castro was in Santiago de Chile where Chile’s President Sebastián Piñera was handing him the keys to this new Edsel known as CELAC, the Community of Caribbean and Latin American States. Had anyone in the audience pointed this out to him, you can bet the speaker would have felt a lot lonelier in Orlando than Raúl in Santiago. It all makes you wonder not so much who would dare invest in Cuba, but rather who can possibly invest in financing these obsolete lobbies in Washington.

I have obviously no moral standing to argue for the end of the CAA, nor do I mean to. I do believe it is as obsolete as most elements in our U.S.-Cuba policy, and it has been so for many years now. The assumption that all those who leave Cuba do so because of political persecution is clearly not valid either, as the backers of H.R. 2831 point out.

But the main reason why some influential Cuban-Americans are turning their backs on the CAA may have a lot more to do with calculations regarding future elections in Florida, where Cuban-American voters seem ever less prone to vote as a block and support measures aimed at isolating Cuba and those politicians who sponsor them. We all need to be candid about this: U.S.-Cuba policy has, for years now, become hostage to petty electoral interests (from both sides of the aisle), and it is no longer driven by foreign policy or even human rights concerns.

Newly registered Cuban-American voters are bound to put an end to this nonsense, sooner rather than later. But it could be later if some of them are denied the right to vote once their path to citizenship is blocked as H.R. 2831 meant to do. A companion measure to H.R. 2831 was meant to delay CAA residents’ — those who do not dare travel to Cuba — access to the ballot box by making them wait for a longer time before they can become citizens.

José Manuel Pallí is a Cuban-born member of the Florida Bar, originally trained as a lawyer in Argentina. He is president of Miami-based World Wide Title and can be reached at jpalli@wwti.net.

Opinion: The unbearable lightness of Cubanology

PPolitics
Cuba Standard exclusive: We publish an excerpt of Richard Feinberg's 56-page paper that lays out a two-tier approach
PPolitics
Our 'anti–tribune' only emphasizes what is negative, suggesting nothing changes in this world
PPolitics
We are re-publishing an interview with Christopher Swift, an attorney in the Washington office of Foley & Lardner and former enforcement officer at the Treasury Department’s Office of Foreign Assets Control (OFAC)